What insurance do charities need? 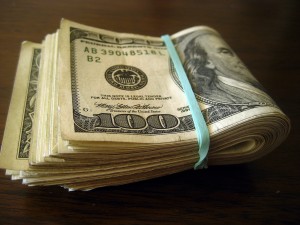 Like any business, charities need insurance. The most successful charities, after all, are those which are run like a business.

That means making sure the budget is spent efficiently and professionally.

A successful charity should have:

Insurance is vital. Because unfortunately, despite all a charity’s good works, they are not immune to lawsuits.

Immunity statutes exist to try and limit the damage claims can cause to charities and non-profit organizations.

These work by raising the threshold a plaintiff must meet to prove their case. For example, there would have to be evidence of gross negligence for an organization to be found negligent.

However, these statutes are not enough to defend charitable foundations against lawsuits entirely.

Unless a charity is properly insured, a single liability claim could eat up its precious budget. It could even put the charity out of operation.

So, what are the basic insurance policies charities need?

If people come to your charity’s headquarters, or you go to visit them, you need general liability insurance. Then, if visitor gets hurt, or you damage someone’s property and they sue, your policy can pay for medical bills, legal fees, and compensation.

If you have employees, you need workers’ compensation insurance. It’s required in most states the minute you take on your first hire.

A type of insurance charities need, but which is often overlooked, is directors’ and officers’ insurance.

That’s because members of your charity’s board of directors can be personally sued if something goes wrong for the organization.

Charities rarely have the finances to cover their own needs so it’s likely that the board member would have to pay any costs themselves.

This is where directors’ and officers’ insurance comes in. If someone accuses a board member of wrongdoing, a D&O policy can cover their defense costs and compensation, if they’re liable.

Who would actually sue a charity?

It’s typically employees who make claims against board members of private companies. The same is true for charities.

Applicants rejected for both paid and voluntary vacancies can sue if they feel they’ve been discriminated against.

Employees can also claim for things like unfair dismissal or sexual harassment.

Charitable organizations without employees sometimes think they don’t need directors’ and officers’ insurance. And for smaller charities, whose risks are properly assessed and managed, that may be true.

However, not all claims against board members come from employees.

Even when no third parties have made a complaint, there have been cases where a states’ attorney general brought an action against a charity. For example for misuse of funds — engaging in charitable activity not specifically detailed in the charity’s charter.

If a patron believes their donation is not being used for its intended purpose — even if it’s still for the charity’s benefit, they can also sue.  An example of this would be using a donation to repair damage to an organization’s headquarters.

Even with a  risk management plan in place, it’s difficult to make sure charities operate in a way that’s totally risk-free at all times. Accidents happen. Mistakes are made.  That’s why having the right insurance for your charity is vital for your peace of mind, and protection.

Not only can directors’ and officers’ insurance cover board members’ personal assets, but it also helps protect your charity’s integrity. And when you think of the positive impact a charitable foundation has on the lives of others, that’s something worth protecting.

What type of insurance is right for my small business?
Getting the right insurance for your small business can be time-consuming and confusing. Here's a run-down of the policies available and what they cover.
Types of insurance a non-profit organization needs
Why does a condo association need directors’ and officers’ insurance?
Directors and officers of a condo association ensure the smooth running of their neighborhood. But who covers them if something goes wrong?