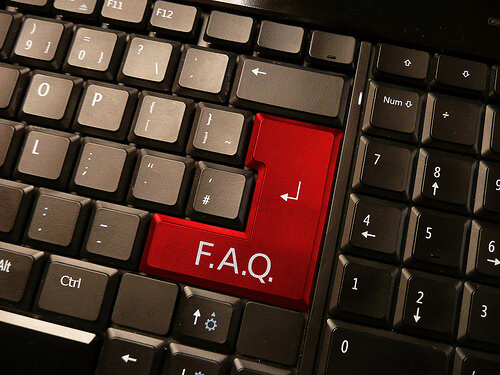 What is a claims made policy? It’s a classic example of insurance-speak, is what it is.

One of the big problems with business insurance (and insurance generally) is jargon. It’s everywhere.

We don’t like it any more than you do.

Veiling valuable policy information in confusing language means that the people who need to understand their policy the most –that’s you, the policyholder – often understand it the least.

This causes confusion, misinterpretation, and a lack of awareness about your insurance policy.

If to find out means having to consult a dictionary every ten seconds, then we’re guessing probably not.

That’s why we love breaking it down and clearing up the messy jargon. It’s a dirty job, but someone’s got to do it!

Among its many important features is the fact that it’s a claims-made policy, rather than a claims-occurring policy. Now, we know that neither of these terms mean a great deal to the average I’m-told-I’ve-got-to-have-it-but-don’t-know-why type of insurance buyer. Why would they? But to understand these words is to understand a fundamental part of your insurance coverage. Let’s explain.

What does claims-made mean?

For a claim of negligence against you to be covered, your professional liability insurance policy has to be active at two points:

Errors and omissions insurance is concerned with work you’ve already done, as that’s where claims originate. It can take months—or even years—for mistakes and latent problems to surface.

Which brings us to the really important part:

Your coverage only exists for as long as you keep your policy active.

What does that mean? Well, let’s say you cancel your professional liability insurance as soon as you finish work on a contract.

If there’s a claim against you, say, three months later, it won’t be covered – even if it relates to work you did when the policy was in place.

That’s an eyebrow raiser for sure, and a common misunderstanding.

It’s easy to assume that, because you bought and paid for insurance at the time you were working, that its coverage still applies when it’s cancelled.

That’s not the case.

If you want to make sure you’re covered, you need to keep your insurance policy active.

This is often a tricky business, though – it could mean paying for errors and omissions coverage years after completing your work, after you’ve ceased trading, or after you’ve retired (although at a lower premium).

So there we go. Hopefully we’ve made things a little clearer. We haven’t covered everything here, and we still need to talk about things like retroactive cover and ‘occurrence’ policies. But at least you can impress colleagues with your new-found insurance knowledge – and protect yourself in the process.